Friendly Creative StudiosArtwork Business ‘Today will be your last working day with Uber.’

‘Today will be your last working day with Uber.’

Thousands of Uber employees learned that they were being laid off in a three-minute Zoom call last week.

The ride-sharing company informed 3,500 people who worked in customer service and recruitment around the country that it would be their last day working for Uber on the live call.

Uber’s Ruffin Chaveleau was tasked with breaking the news that the app was ‘eliminating’ thousands of jobs on the call, obtained by DailyMail.com. Chaveleau heads Uber’s Phoenix Center of Excellence – the term the company uses to describe its customer service office.

DailyMail.com obtained video of the call where Ruffin Chaveleau, head of Uber’s customer service, broke the news that Uber employees were being laid off 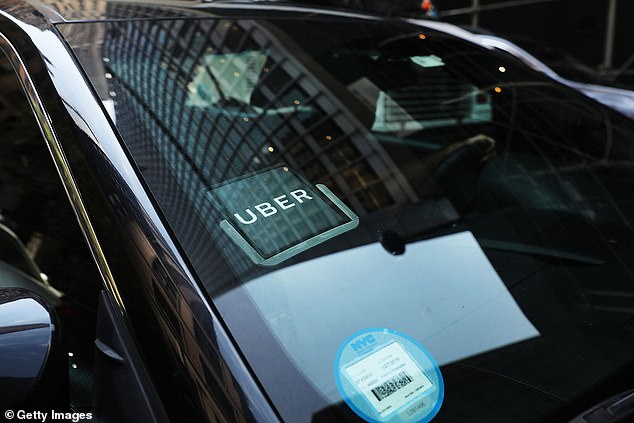 The ride-hailing app has been hit hard by the pandemic and a company filing on Wednesday revealed around 3,700 roles will be cut from its global workforce – around 14% of its 26,900 employees

Chaveleau’s voice cracked as she told the employees that ‘no one wants to be on a call like this’.

She said: ‘I know that this is incredibly hard to hear. No one wants to be on a call like this. With everyone remote and a change of this magnitude, we had to do this in a way that allowed us to tell you as quickly as possible so that you did not hear it from the rumor mill.

‘We are eliminating 3,500 frontline customer support roles,’ Chaveleau said. ‘Your role is impacted and today will be your last working day with Uber’

‘I also wanted to deliver this news personally and just take a brief moment to thank you for your contributions to Uber.’

This was not the first time Chaveleau had to tell Uber employees they were out of a job.

In February the executive was tasked with informing 80 staff they were losing their jobs when Uber shut down its Los Angeles customer support office.

The business has been devastated by the pandemic and a company filing on Wednesday revealed around 3,700 roles will be cut from its global workforce – roughly 14% of its 26,900 employees.

The cuts will be made among customer support and recruiting teams, meaning  driver number will be largely unaffected.

The company expects to incur about $20 million in costs for severance and related charges, the filing revealed.

A former Uber employee, who asked to remain anonymous, slammed the company for laying off so many people on a Zoom call and for the lack of notice.

‘It was a 3,700-person live Zoom call,’ she said. ‘It was controlled. I would prefer to have had notice. The day before, we were told we would know in two weeks what departments would be let go.

‘They gave us no notice. If I missed that Zoom call, I would have missed the news. We knew they didn’t have the drivers’ backs, but they don’t have anyone’s backs. 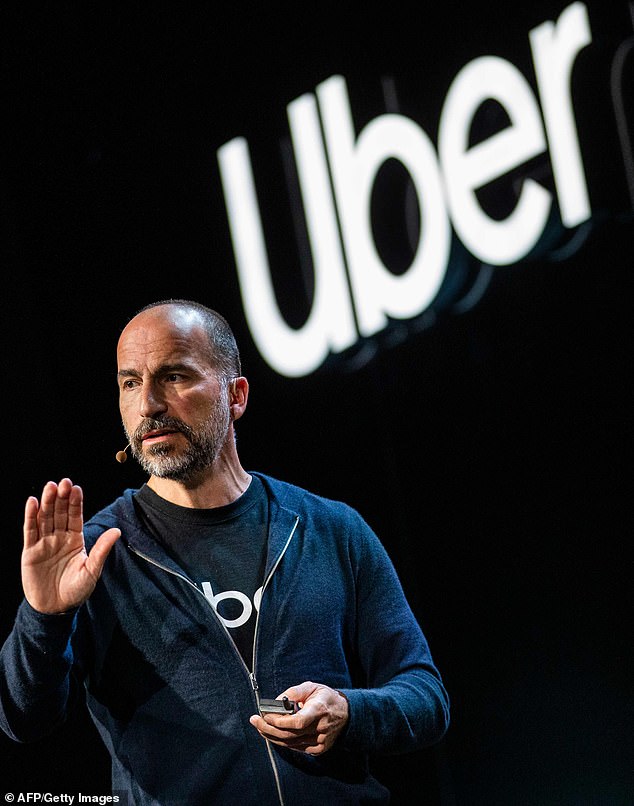 CEO Dara Khosrowshahi, above, will also forgo his$1million base salary for the rest of the year

The employee continued: ‘They sent us severance and stuff, but they’re not telling us anything. It’s worldwide, but there were like 50 people laid off in my office.

‘They were going based on a lottery, like Russian roulette. The severance package is generous, but they’re treating us like they treat the drivers,’ she continued, referring to Uber’s less than stellar reputation in fairly compensating their independent contractors.

‘Uber is doing unemployment claims for people they’ve laid off,’ she said. ‘They taught us how to do that stuff and then the next day they fired us.

‘Apparently someone at the CEO level leaked that this was gonna happen, so they expedited it.’

The employee tells DailyMail.com that more layoffs at Uber are expected.

‘They’re still not done getting rid of people. The way they’ve gone about it is very negative,’ she said. ‘Uber has empathy training and they teach us to be sympathetic to other people’s needs, but they’re not practicing what they preach.

‘Right now we’re all getting a severance, but they can change their mind on that if they want to.’

Uber has been decimated by the COVID-19 lockdown with far fewer people booking rides as they stay home.

The company posted a net loss of $2.9billion on Thursday and announced it was implementing a hiring freeze as well as cutting thousands of jobs from its corporate workforce 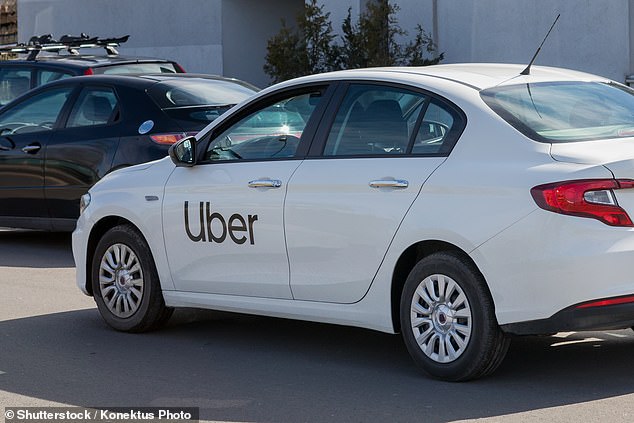 CEO Dara Khosrowshahi will not be paid for the rest of the year. His salary was set for $1million in 2019 with a possible bonus of $2million.

A memo sent to staff on Wednesday saw Khosrowshahi hint that more cuts may be on the way.

He said: ‘We are looking at many scenarios and at each and every cost, both variable and fixed, across the company. We want to be smart, to move fast, to retain as many of our great people as we can, and treat everyone with dignity, support and respect.

‘And with our hiring freeze, ‘ Khosrowshahi added, ‘there simply isn’t enough work for recruiters.’

A spokesperson for Uber said: ‘It’s never easy or uncomplicated to let employees go, and that’s only been more true during this unprecedented period, where we are all working from home across dozens of cities and countries. We’ve focused on providing the clearest, most empathetic experience, possible and have put together a strong severance package and other benefits.’

BusinessCoronavirusCOVID-19
Share
Everything you should know about mortgage forbearance Previous